A Brief History of Women in Manufacturing 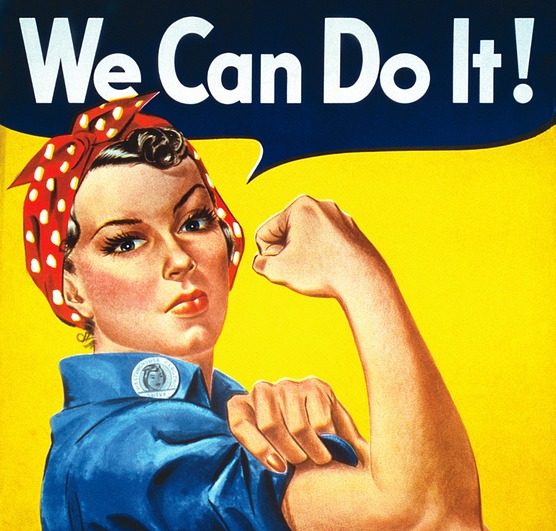 In honor of Women’s History Month, we wanted to discuss the history of women in manufacturing in the U.S. A historically male-dominated industry, women, who make up roughly 47% of the national workforce, consist of less than a third of the manufacturing industry’s workers. So, we’re going to highlight how the industry can grow with women’s inclusion in the workforce.

Where it All Began: WWI

In the early part of the 20th century, society still largely considered factory work a man’s job. But the onslaught of World War I changed everything. While many male workers left their jobs to join the military, production of wartime products was still a necessity.

To compensate for a lack of workers, many women began to make their way into the factories. These women performed the manual labor to produce the products but were also involved in the design, testing, and distribution of them. Employers expected them to perform the same duties and produce at the same speed as their male counterparts but paid the female workers significantly less.

The need for women in factories to support the war effort was critical. So the federal government established Women in Industry Services (WIS) under the Department of Labor. Mary van Kleeck directed the WIS. She was a steadfast feminist with a college education. The DOL originally established the WIS only as a temporary fix for the worker shortage. But in 1920 it became a permanent fixture, renamed the United States Women’s Bureau. It’s no coincidence that 1920 is the same year Congress passed the 19th amendment, giving women the right to vote.

Women also joined with each other to create other organizations like the Women’s War Workers. The American Red Cross is another example of such an organization. Established in 1881 by Clara Barton, the Red Cross provided medical care for soldiers and raised money for the war effort. It also produced gas masks, clothing for hospitals, and other medical and war-effort products.

When the soldiers returned from the war, they wanted their jobs back. This, and the reduced production during peacetime, meant that employers laid off many female employees.

Demand for women in manufacturing again skyrocketed during World War II. Manufacturers used propaganda like Rosie the Riveter to motivate women to take jobs in factories again. Between 1940 and 1945, the number of women in the workforce grew by 50%.

Even though more and more women were entering the labor force, only 36.1% of it was made up by women at the end of WWII. Through the mid-1970s, the number continued to grow, largely due to the requirement of high school education in many states and the advent of new technologies that increased the demand for clerical work.

The roles available to women continued to diversify. By 1970 50% of single women and 40% of married women participated in the workforce. These numbers peaked in the early 1990s, with just over 74% of women ages 25 to 54 actively working in the labor force.

Women & Manufacturing in the Modern-Day

But how do we continue to pave the way for women in the manufacturing industry? One avenue is through technology. The rapid development and implementation of automation and augmentation in the workplace mean that jobs will require more specialized skills than ever before. Encouraging young women to pursue degrees in S.T.E.M. fields will help prepare them for the future of manufacturing.